WASHINGTON — On a day of severe riots in Venezuela, Vice President Mike Pence urged Americans to pray Thursday for the South American country during the National Day of Prayer. 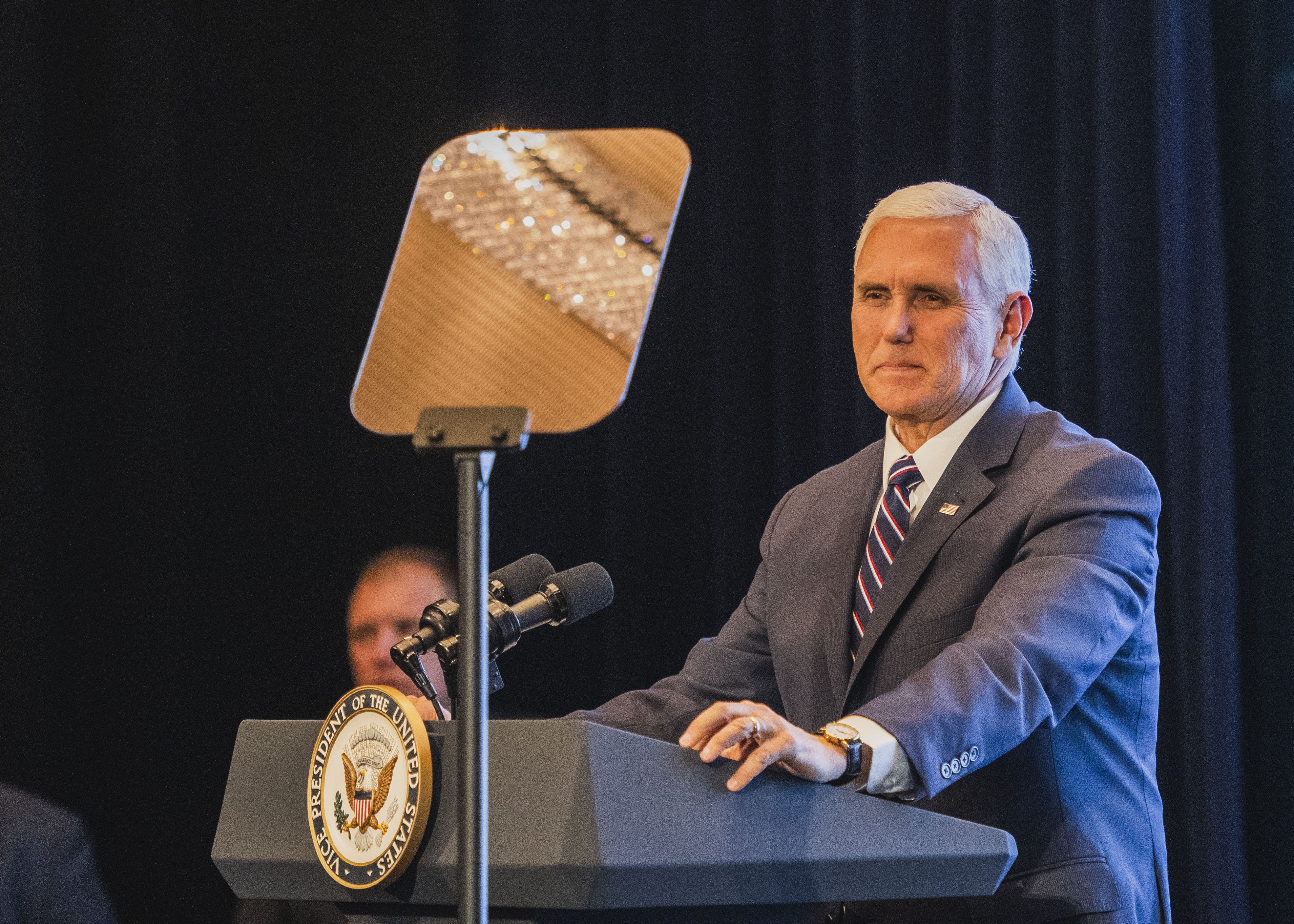 “On this National Day of Prayer, I might make one more request. As you all gather and bow your heads tomorrow, that you might remember the people of Venezuela in your prayers,” Vice President Pence said. “The people of Venezuela have suffered so much at the hand of dictatorship and oppression. They took to the streets today for the second day in a row to stand behind the legitimate president of Venezuela, Juan Guaidó.”

The event the vice president spoke at was hosted by Dr. Ronnie Floyd, president of the National Day of Prayer Task Force, Wednesday night at Museum of the Bible. The vice president spoke for over 20 minutes, encouraging hundreds of leaders involved with the prayer movement to remain in prayer for Venezuelans who are fighting for their freedom.

“But I must tell, I couldn’t be more proud to be part of an administration [and] stand alongside a president who has stood without apology to see freedom restored for the people of Venezuela. And we will stand with them.

“I truly believe with all my heart that Venezuela will once again be free. Because as Karen and I saw in a little church in Brazil and a little church in Colombia as we met with refugees who had fled with their children and their grandchildren while we visited the region: the people of Venezuela are people of faith. They are people of prayer. And I believe that one day they will be free. For where the spirit of the Lord is, there is Liberty. That means freedom always wins,” Vice President Pence said.

The vice president also emphasized President Trump’s commitment to religious liberty, promising to fight for American’s right to worship until the end of this current term and into the next if reelected.

Special guests that evening also included Andrew and Norine Brunson. Pastor Andrew Brunson spent over two years in a Turkish jail because of his faith, until he was released last year as a result of efforts by the Trump administration to bring him home. In an on-stage interview with Dr. Floyd, the Brunsons shared their story, explaining how prayer sustained them through the ordeal.

“I rode a wave of prayer out of Turkey,” Brunson said. 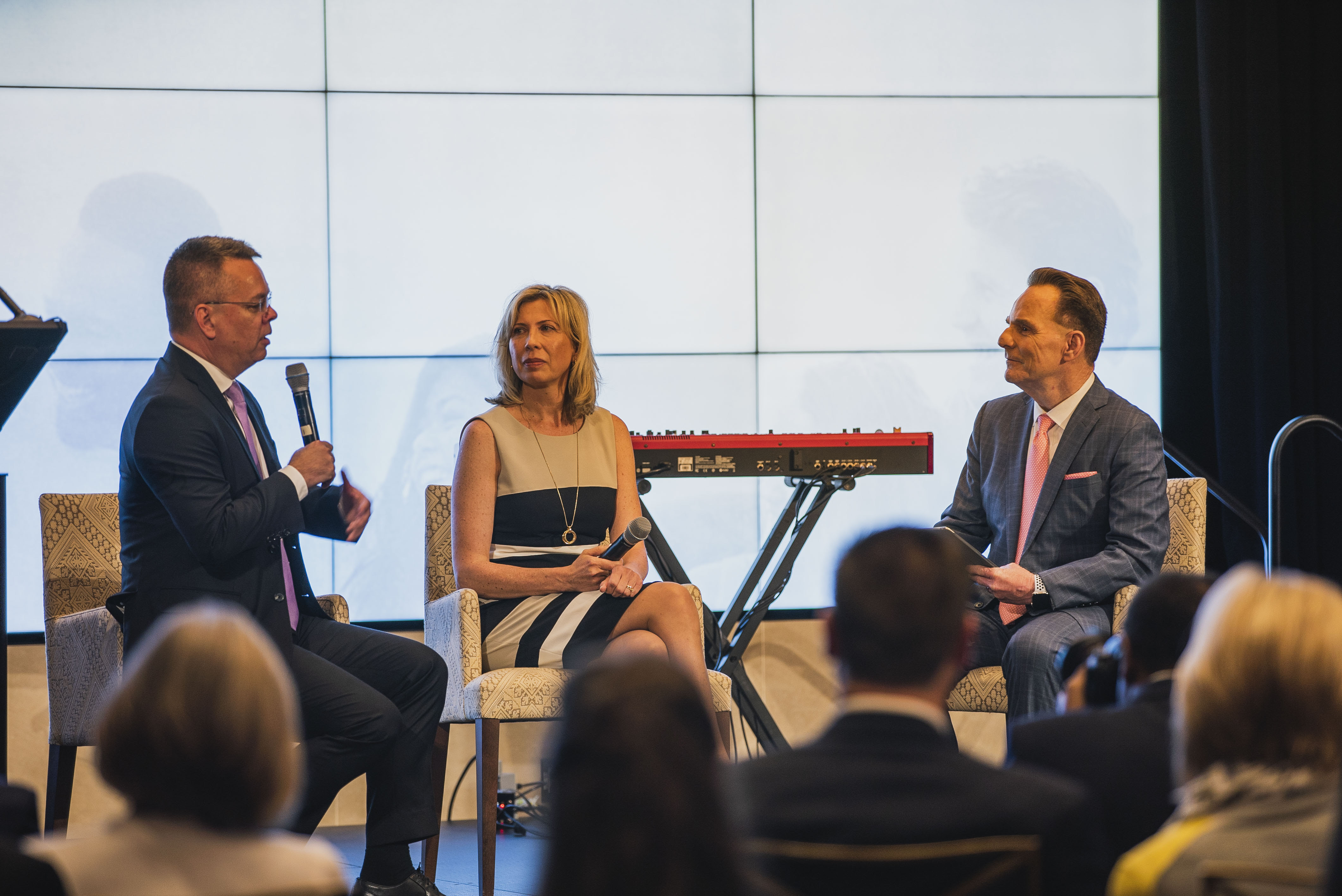 This Thursday is the National Day of Prayer. Created in 1952 by a joint resolution of Congress, the observance was signed into law by President Harry S. Truman. In 1988, President Ronald Reagan signed the amended law designating the first Thursday of May as a day of national prayer. Every year, millions of Americans, in tens of thousands of meetings across all 50 states, come together for unified public prayer for America.

The 68th National Observance of the National Day of Prayer will be held at 7:30 p.m. EST, Thursday, May 2, at National Statuary Hall in the U.S. Capitol. Dr. Floyd will lead an evening of prayer for America alongside Rep. Mike Johnson (R-LA), Rev. Anthony Thompson, author of Called to Forgive, and Andrew and Norine Brunson, among others.

The National Observance will be streamed live on Daystar Television Network and on the National Day of Prayer website and Facebook page.

For photos of the Museum of the Bible event, including of Vice President Mike Pence and the Brunsons, use this link. Names of photographers for credit included in the name files of photos.

Dr. Ronnie Floyd is president of the National Day of Prayer Task Force. His new book “How to Pray: Developing an Intimate Relationship with God” (Thomas Nelson) released April 2. Follow him on Twitter @ronniefloyd.

The National Day of Prayer was created in 1952 by a joint resolution of Congress, and signed into law by President Harry S. Truman. In 1988, President Ronald Reagan signed the amended law designating the first Thursday of May as a day of national prayer. Every year, millions of Americans, in tens of thousands of meetings across all 50 states, come together for unified public prayer for America.