GAINESVILLE, Ga.  — “What we’re doing stretches far beyond these walls,” said Reggie Dabbs at the opening session of Forward Conference at the Infinite Energy Arena in Duluth, GA. Dabbs, an influential Christian leader who speaks to high school assemblies around the world, was the emcee for the weekend. He welcomed an arena packed to capacity with high school students from more than 30 states and from 6 countries around the globe.

Free Chapel Music kicked off the conference on Thursday by leading the students in worship. Attendees were also led in worship throughout the weekend by some of the most-revered, award-winning Christian artists worldwide, including Hillsong Worship, Passion, and Bethel Worship. 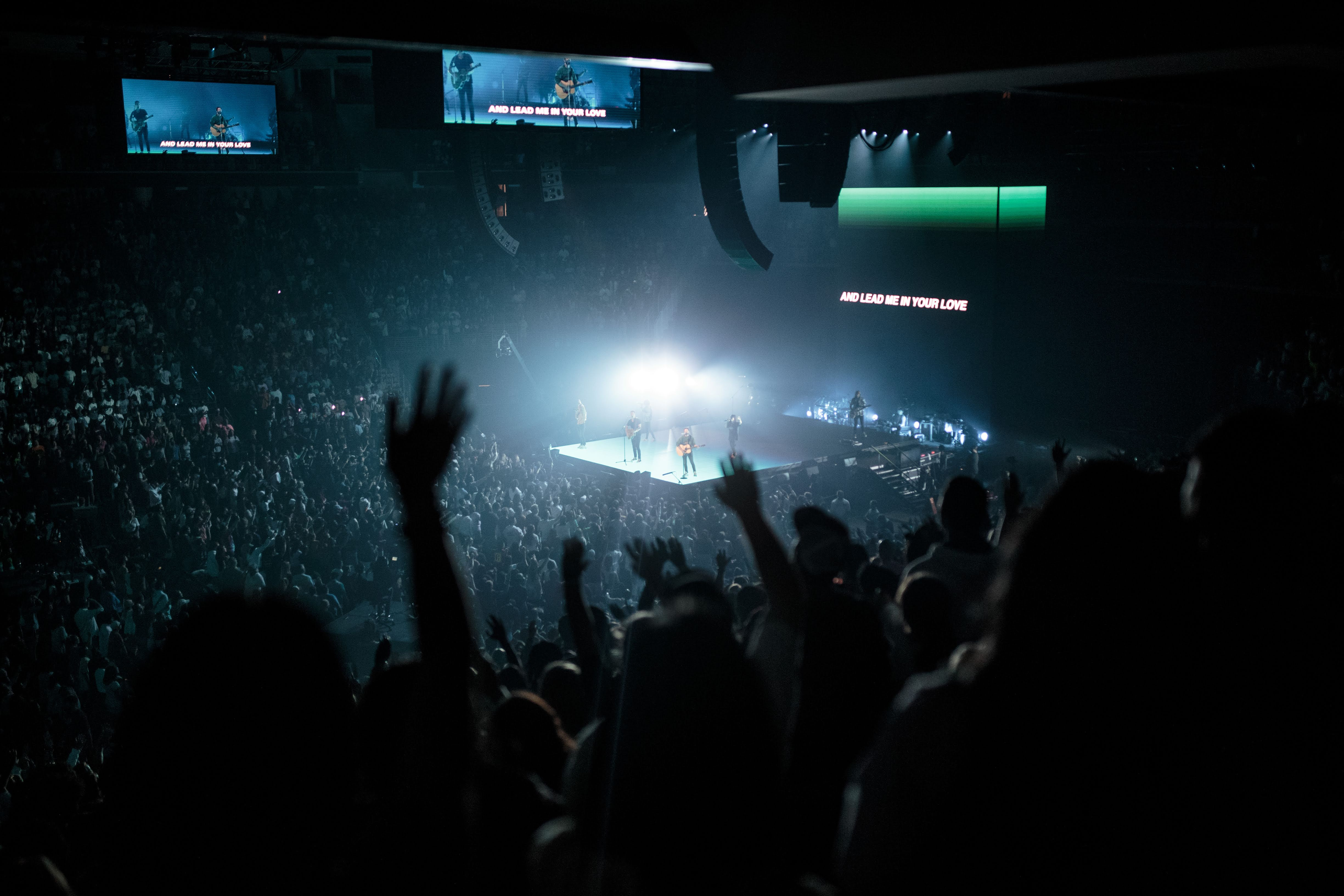 Carl Lentz, Pastor of Hillsong New York City, gave the first message of the weekend. He emphasized the power of the Holy Spirit and how many Christians neglect the supernatural power they’re given. “Why not use what has been provided for you? Why do we do things on our own?” Lentz asked students. “The next chapter of your faith starts with a renewed desire to get to know the Holy Spirit.” He added that as Christians we can’t remain sexually pure, love difficult people, or turn the other cheek with our own power. “We desperately need the Holy Spirit to refresh us every day.”

Throughout the conference, more than 13,000 students and youth leaders were encouraged to give generously to those in need. Forward Conference partnered with New Beginnings, a ministry for women in inner-city Atla 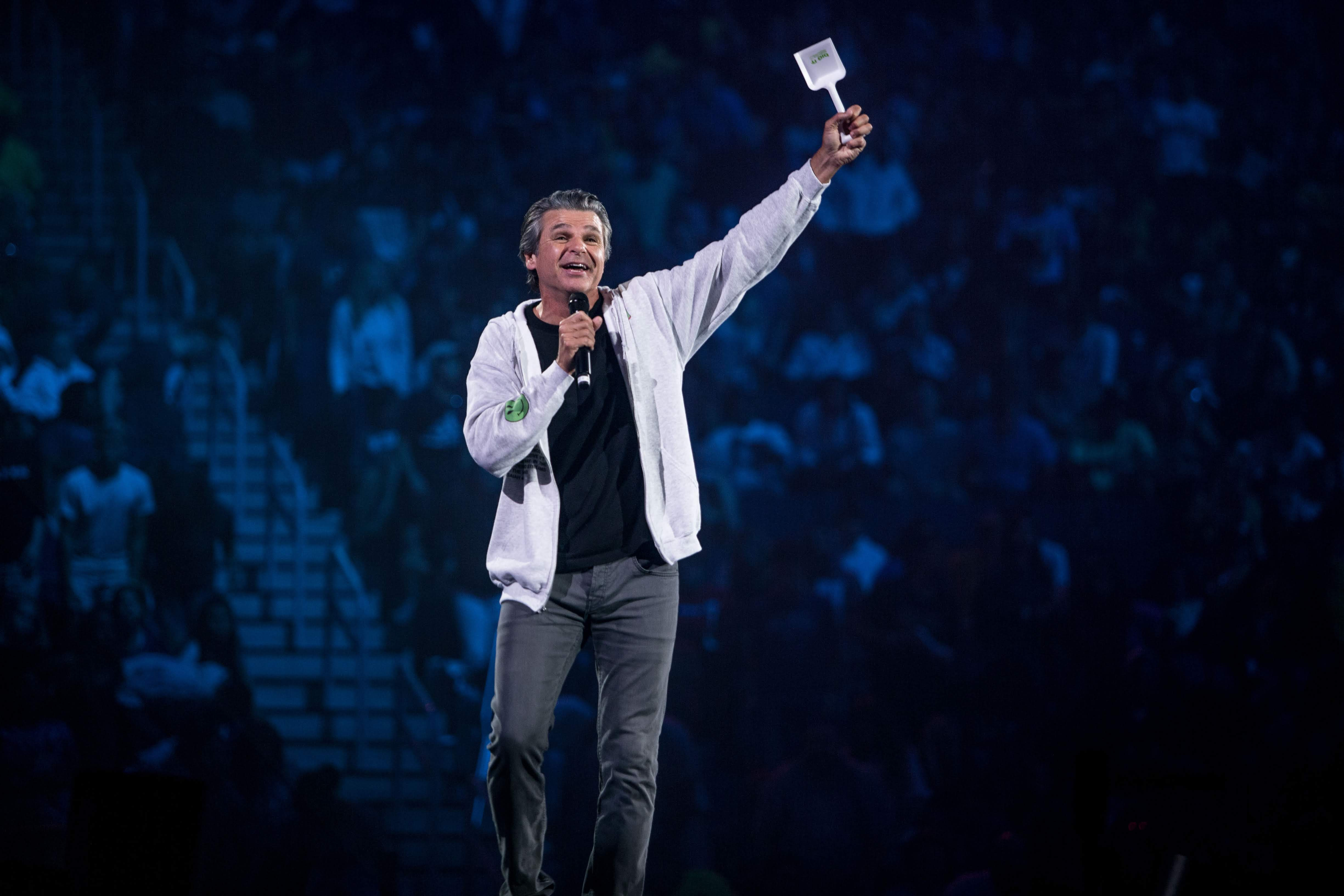 nta. Many of the women from New Beginnings who have received help from addiction and abuse were in attendance at the conference. Students also raised money for the Dream Center, a faith-based organization that provides assistance to homeless families and specializes in addiction recovery as well.

In Free Chapel Senior Pastor Jentezen Franklin’s message, he preached on the passage from Genesis 26 and the importance of digging wells in biblical times. These wells provided water for several generations, but the devil does everything he can to muddy the well Pastor Franklin told the audience. “The enemy has polluted the water,”Franklin began. “The enemy doesn’t want us to have the joy of the Living Water.” But with a small shovel in hand, and every student in the arena given one as well for the illustration, Franklin raised his shovel and declared,“There’s an Isaac generation with shovels in hand, working to clean up what the devil has soiled!” Reminding students to flee temptations like drugs and sexual promiscuity, he also added, “I’m not some old curmudgeon talking about the good ‘ole days. I will be your biggest cheerleader in this,” he promised them as they seek to turn a cultural tide. 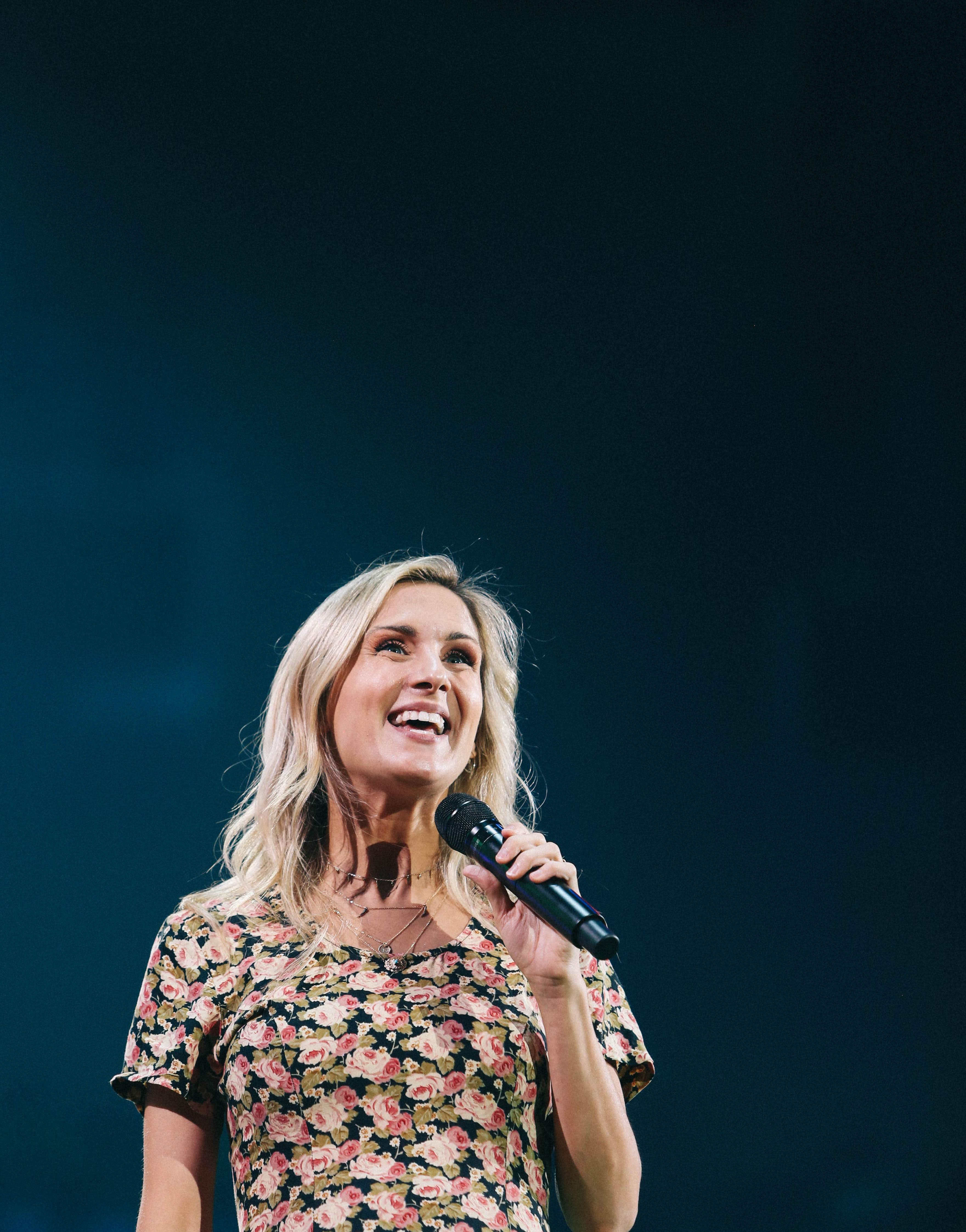 Students also heard from DawnCheré Wilkerson, who pastors The VOUS Church in Miami with her husband Rich. She encouraged clinging to God in the midst of trial, telling students there’s no one better to lean on in the wilderness and even reminding them to worship when the road gets rocky. “The strength of God shows up in the midnight hour,” Wilkerson told students.“God isn’t waiting on our strength He’s waiting for us to surrender to His. God has a destiny you can’t miss out on. It’s worth the trust and the fight.” 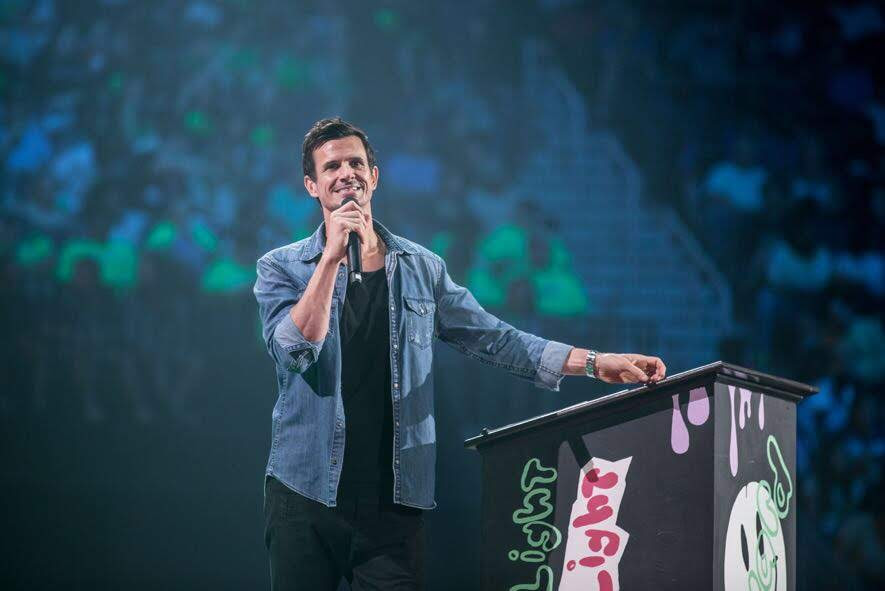 Ben Prescott, Pastor at Free Chapel’s Orange County campus, discussed waiting on God in his message and some misconceptions Christians have in how he works in our lives.“I’ve been waiting for something, but it’s not the fault of the provider but the fault of my position,” Prescott pointed out. He told students that we often don’t realize in our prayers we’re suggesting God isn’t where He should be.“It’s not God that needs to move, it’s us!”

To learn more about Forward Conference and what’s in store for 2020, click here.

Pastor Jentezen Franklin is the Senior Pastor of Free Chapel, a multi campus church. Each week his television program Kingdom Connection is broadcast on major networks all over the world. A New York Times best-selling author, Jentezen has written eight books including his latest, Love Like You’ve Never Been Hurt