EL CAJON, Calif. — At his final tour stop in Columbus, Ohio for his latest book release, “Everything You Need,” Dr. David Jeremiah drew from powerful recent examples of forgiveness in his message to those in attendance. He shared the heartwarming example from the brother of Botham Jean and from the pastor who lost his wife and several members of his congregation at the church shooting in Charleston, South Carolina in 2015. 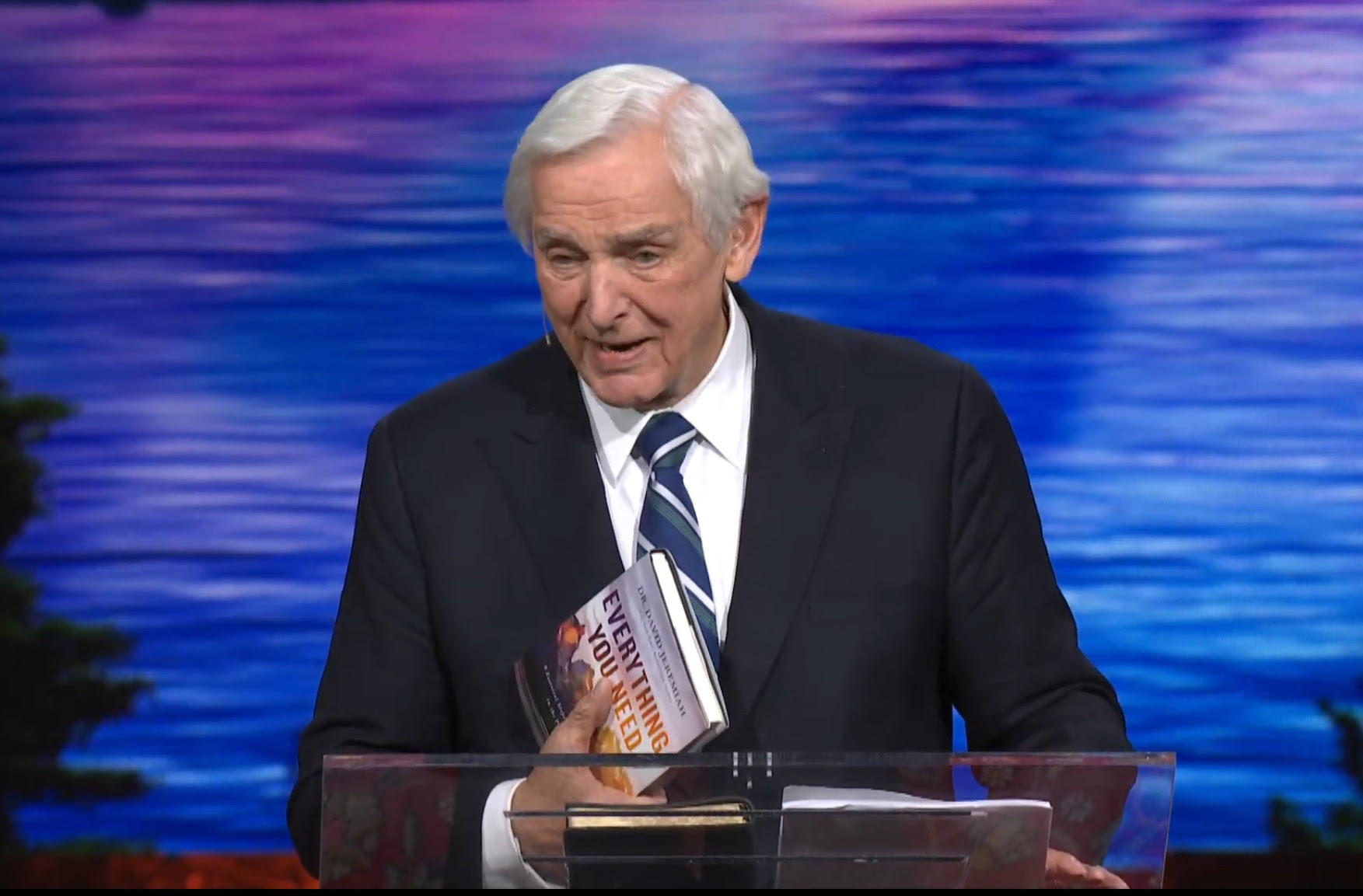 At his event in Columbus and at most of his other destinations, Dr. Jeremiah shared the now infamous video footage of the brother of Botham Jean taking the stand in the trial of former police officer Amber Guyger who mistakenly gunned down Jean in his own apartment. In an unprecedented move in the courtroom, Jean’s brother Brandt told Guyger he forgives her and even wished she could be spared of her prison sentence. With tears in his eyes, he then proceeded to step down from the witness stand and embrace Guyger as the two wept together. Dr. Jeremiah called it “one of the greatest examples of forgiveness I’ve ever seen in my life.”

After the stunning courtroom embrace, the judge presiding over the case, Tammy Kemp, spoke with Guyger informally after the trial. Kemp was seen handing Guyger her Bible. “I wish that were the end of the story, but it’s not,” Dr. Jeremiah told his audience. He informed them that soon after the Freedom From Religion Foundation filed a lawsuit against the judge for bringing Christianity into the Justice Department. “I think the Justice Department could stand a little Christianity, don’t you?” Dr. Jeremiah exclaimed to thundering applause.

Before this story gripped the nation, Dr. Jeremiah was already prepared to share a message on forgiveness during his book tour. He shared a number of examples from Scripture as well as from his own life. Recalling a moment of his own conviction of needing to offer forgiveness, he told the a 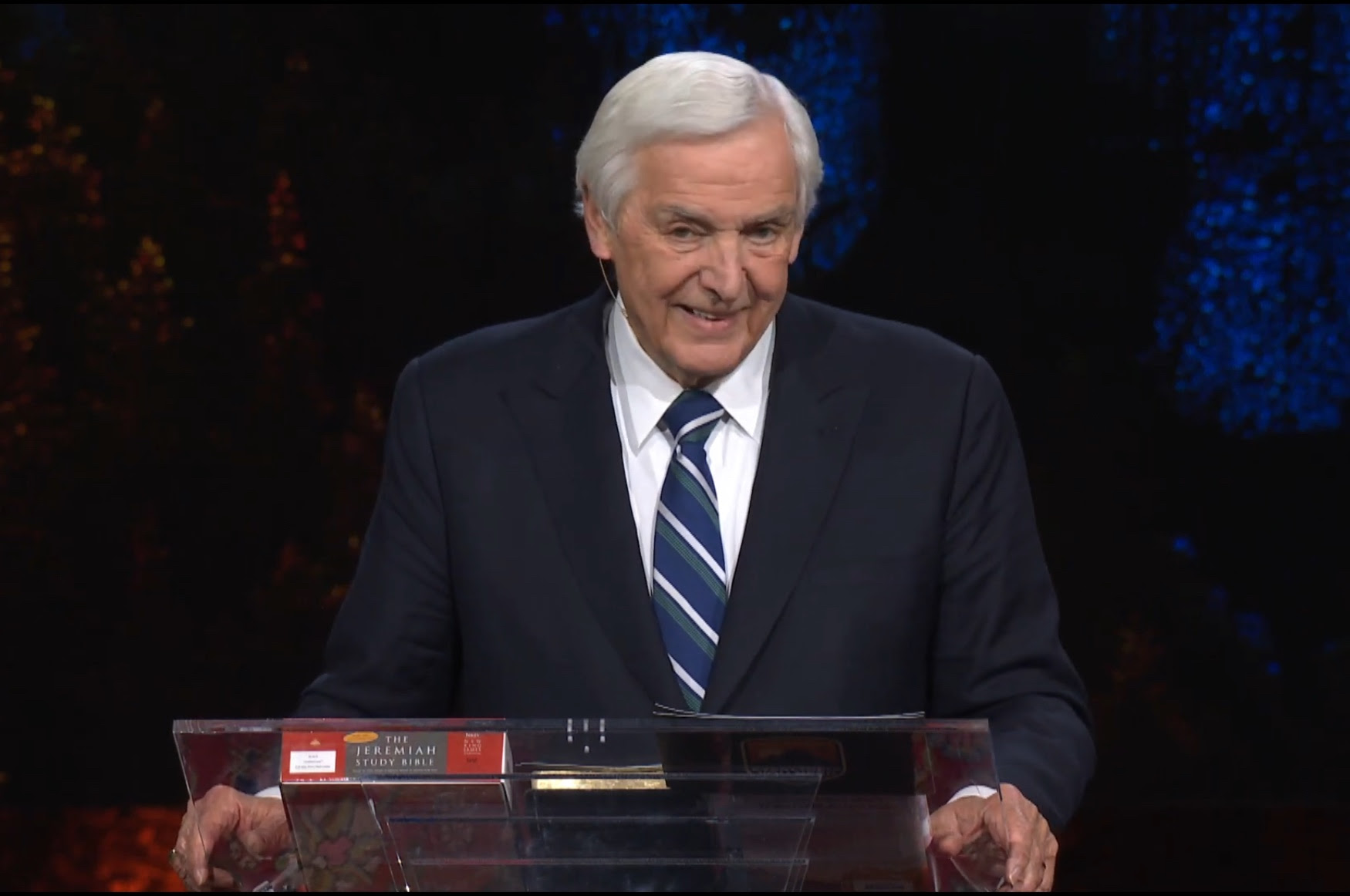 udience that when you harbor unforgiveness and hold a grudge against someone, they often don’t even know that you do, and it destroys the peace that’s possible in your life. “But when you deal with it,” said Dr. Jeremiah, “you free up a prisoner. And guess who the prisoner is? It’s you.”

Dr. Jeremiah concluded his timely message with another story that has impacted Americans in recent history—the tragic church shooting by Dylann Roof, the white supremacist who stormed into an Episcopal church in Charleston, South Carolina and gunned down several African American church members along with the pastor’s wife. As Rev. Anthony Thompson prepared to face Roof at his bond hearing, he felt convicted to offer forgiveness to Roof despite the horror he unleashed on his congregation and his family. Dr. Jeremiah told those at his event that after Thompson decided to forgive he finally understood what it meant to experience the peace of God that surpasses all understanding.

In Columbus, Dr. Jeremiah also announced a significant milestone for his radio ministry, Turning Point. His program now airs on 3,000 radio stations, some of which air his program 2 or 3 times a day.

Dr. David Jeremiah is among the best known Christian leaders in the world. He serves as senior pastor of Shadow Mountain Community Church in El Cajon, California and is the founder and host of Turning Point. Turning Point‘s 30-minute radio program is heard on more than 2,200 radio stations daily.  A New York Times bestselling author and Gold Medallion winner, he has written more than fifty books.