[Release] Dr. Robert Jeffress to Answer Provocative Question on Easter: “Is There Any EVIDENCE Outside the Bible for Life After Death?”

DALLAS — “What is truth?” These words, uttered to Jesus by Pontius Pilate, are as timely today as they were in biblical times, according to Dr. Robert Jeffress, pastor of First Baptist Dallas. “These days Americans not only pick their own news sources, they feel entitled to construct their own truth. The biggest — and most dangerous — fake news story today is the belief that the resurrection is a fable and that it really doesn’t matter what you believe about it as long as you’re sincere and tolerant.”

Jeffress continued, “And while April Fool’s Day is a favorite day to tell tales, play tricks and go for laughs, there is one story that is absolutely true, is not open to interpretation, and that we can — and must — stake our lives on — the resurrection of Jesus Christ.”

Dr. Jeffress’ 13,000-member church is blanketing Dallas with billboards, radio and television ads, advertising the message in order to attract skeptics to the church for Easter Sunday. “My message for skeptics will examine the overwhelming evidence from outside the Bible that supports Christianity’s central claim that Jesus rose from the dead and that life after death is a reality rather than a fantasy,” said Jeffress. 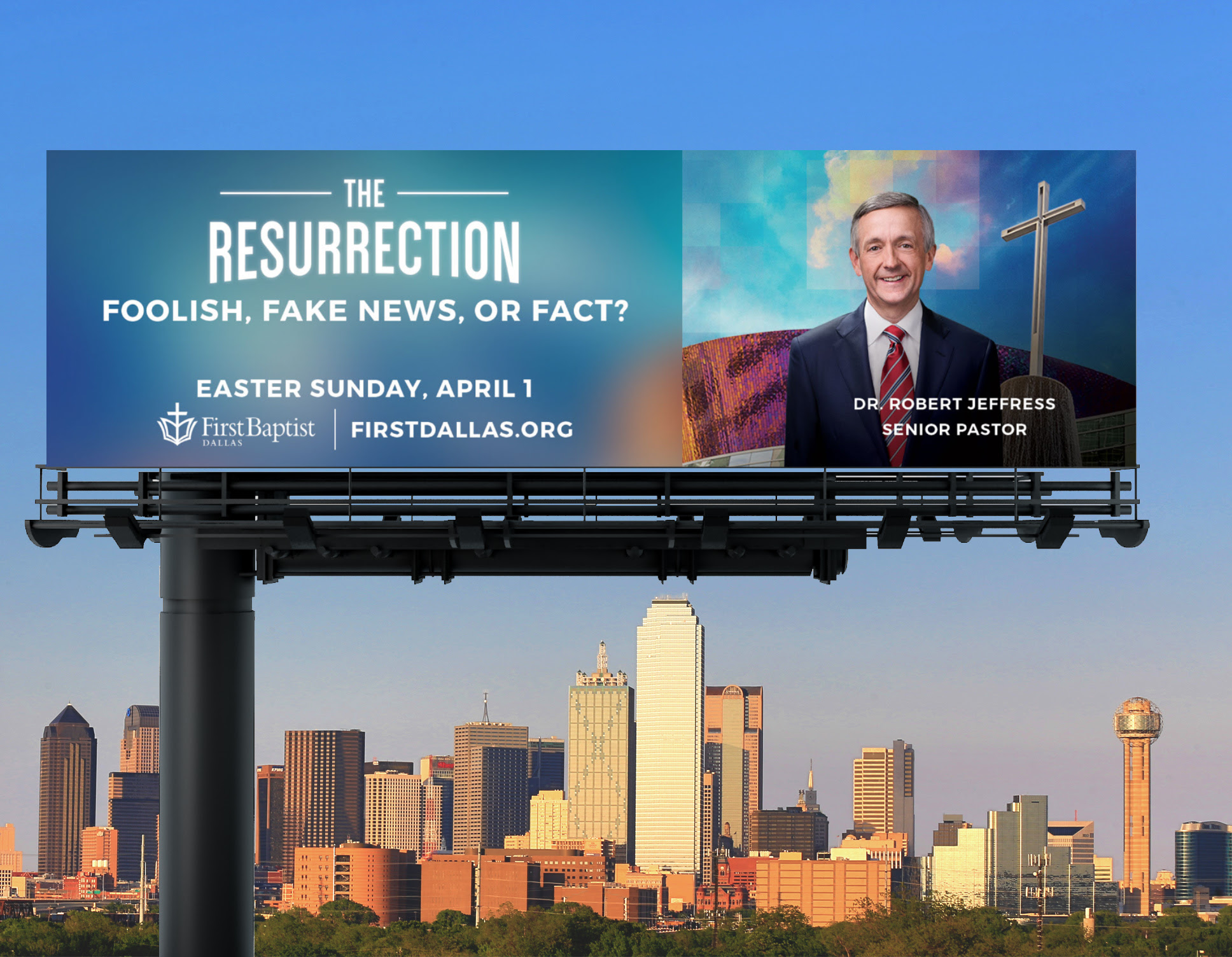 To learn more about the Easter week experience at First Baptist Dallas, visit firstdallas.org/easter. Easter services not only include powerful preaching, but also include a majestic 250-strong choir and orchestra. Services are at 9:15 AM and 10:50 AM Central and are open to the press (check-in required).

Dr. Robert Jeffress is a best-selling author of 24 books, a nationally and internationally syndicated TV and radio host and the senior pastor of First Baptist Dallas, one of the largest and most influential churches in America. Pathway to Victory, Dr. Jeffress’ broadcast ministry, airs daily nationwide on more than 900 radio stations and is broadcast live to 195 countries. His latest book, “A Place Called Heaven: 10 Surprising Truths About Your Eternal Home,” is available in bookstores everywhere. He is an evangelical adviser to the president of the United States, Donald J. Trump.