[Release] Jentezen Franklin and Special Guest Abby Johnson from the Hit Movie ‘Unplanned’ Speak to an Overflow Crowd at Free Chapel, More than 4,000 in Attendance to Celebrate Life

GAINESVILLE, Ga. — This past Saturday, Pastor Jentezen Franklin summoned national Christian leaders, public servants, and the church community to a “family meeting” at Free Chapel on the urgency for the church in America to address the issue of abortion and to stand in unity in providing a compassionate and grace-filled support network for women across the country. He was joined by former Planned Parenthood clinic director and now pro-life advocate, Abby Johnson, whose remarkable story has turned into the box office hit, “Unplanned.” In Franklin’s opening remarks, he highlighted the recent legislation in New York permitting abortion in the third trimester, up until the point of birth, and the Governor of Virginia paving the way for babies born after failed abortions to be left to die. “If they’re not ashamed to take that stand,” Franklin stated emphatically, “then I am not ashamed to take the Word of God and say with all the love in my heart, that life matters to God and it matters to us.”
“We no longer have the luxury of disunity in the Body of Christ,” Franklin added in an appeal to all Christian denominations nationwide. Catholics, Baptists, Methodists, Pentecostals and a number of others joined for this special occasion. “The lines have been drawn. Stand up for life. And stand up for compassion and grace for those that have experienced abortion. We dare not be silent in such a time as this.”
Pastor Franklin, Abby Johnson and every guest who took the platform emphasized their love and concern for pregnant mothers who feel abandoned and think they have no options; they also prayed for healing and offered forgiveness for women who have been grieving from a past abortion. Free Chapel provides free counseling services at the church for women in their community and works closely with many organizations in the area like Choices Pregnancy Care Center.
When Johnson took the stage she was transparent about having had two abortions herself, but is now celebrating that she is pregnant with her eighth child.
“Most people who work inside these abortion clinics are not there because they love abortion, they’re there because of misguided compassion,” said Johnson as she began to tell her story of her eight years working for Planned Parenthood. “I was very ignorant surrounding the topic of abortion. It was my ignorance, it was my naivety that led me inside the doors of the abortion industry.” 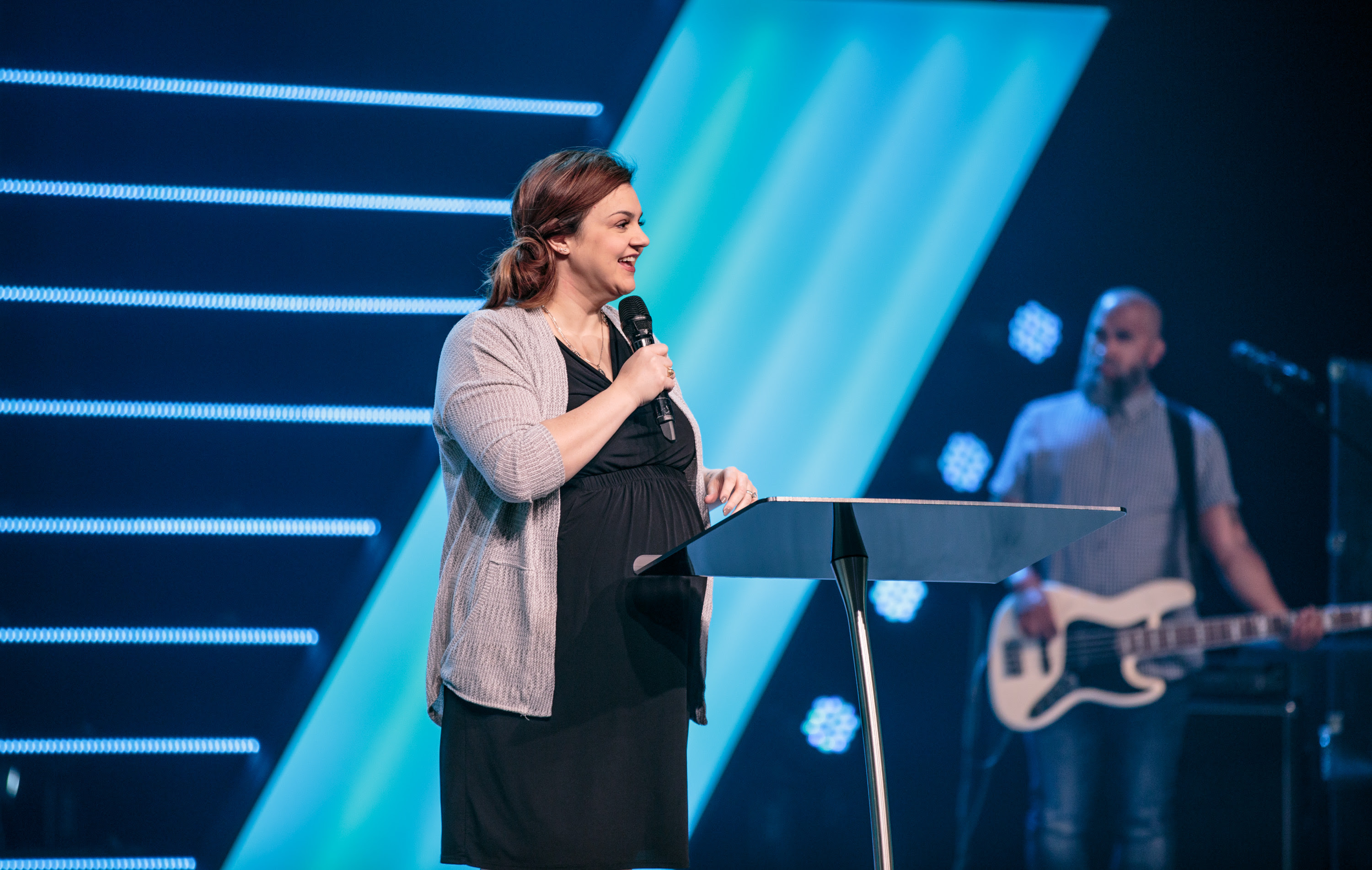 Johnson went on to say she reached a turning point in 2009 when she was instructed by her supervisor to double the quota of abortions at her clinic, and when later that year was asked to assist a doctor in an ultrasound-guided abortion procedure on a 13-week-old unborn baby boy.
“I watched this perfectly formed innocent human being become dismembered in his mother’s womb,” she said of the moment that led to her change of heart on the issue. “I believe that all of these things that happened in 2009 were God’s way of chipping through the callous that had formed around my heart. I knew then that what I had seen was a grave injustice.”
From there on out she promised she would spend every day fighting for justice for the unborn. “There is no such thing as an unwanted child because every child is created in the image and likeness of God, and very much wanted by our Father,” Johnson concluded. “Let us do everything that we can, not just to make abortion illegal, but to make abortion unthinkable in our society.”
###
Pastor Jentezen Franklin is the Senior Pastor of Free Chapel, a multi-campus church. Each week his television program “Kingdom Connection” is broadcast on major networks all over the world. A New York Times best-selling author, Jentezen has written eight books including his latest, Love Like You’ve Never Been Hurt.
Facebook | www.facebook.com/JentezenFranklin    Twitter | @jentezen