LOS ANGELES — PragerU released a new 5-minute video Monday titled “All I Want to Do is Make Cookies.” Joseph Semprevivo, president of Joseph’s Lite Cookies, voices his frustration with unnecessary government regulations. He explains the disconnect between various government agencies and stresses the amount of time it takes for small business owners to meet excessive and unnecessary rules.

Semprevivo, a diabetic himself, owns and operates a seven-employee cookie company that creates and sells sugar-free cookies and other diabetic-friendly products for diabetics and their families to enjoy. He loves his work and clocks around 100 hours per week, but an extremely thin profit margin — it takes $1 million in cookies to make $10,000 — of just 1% keeps things tight. 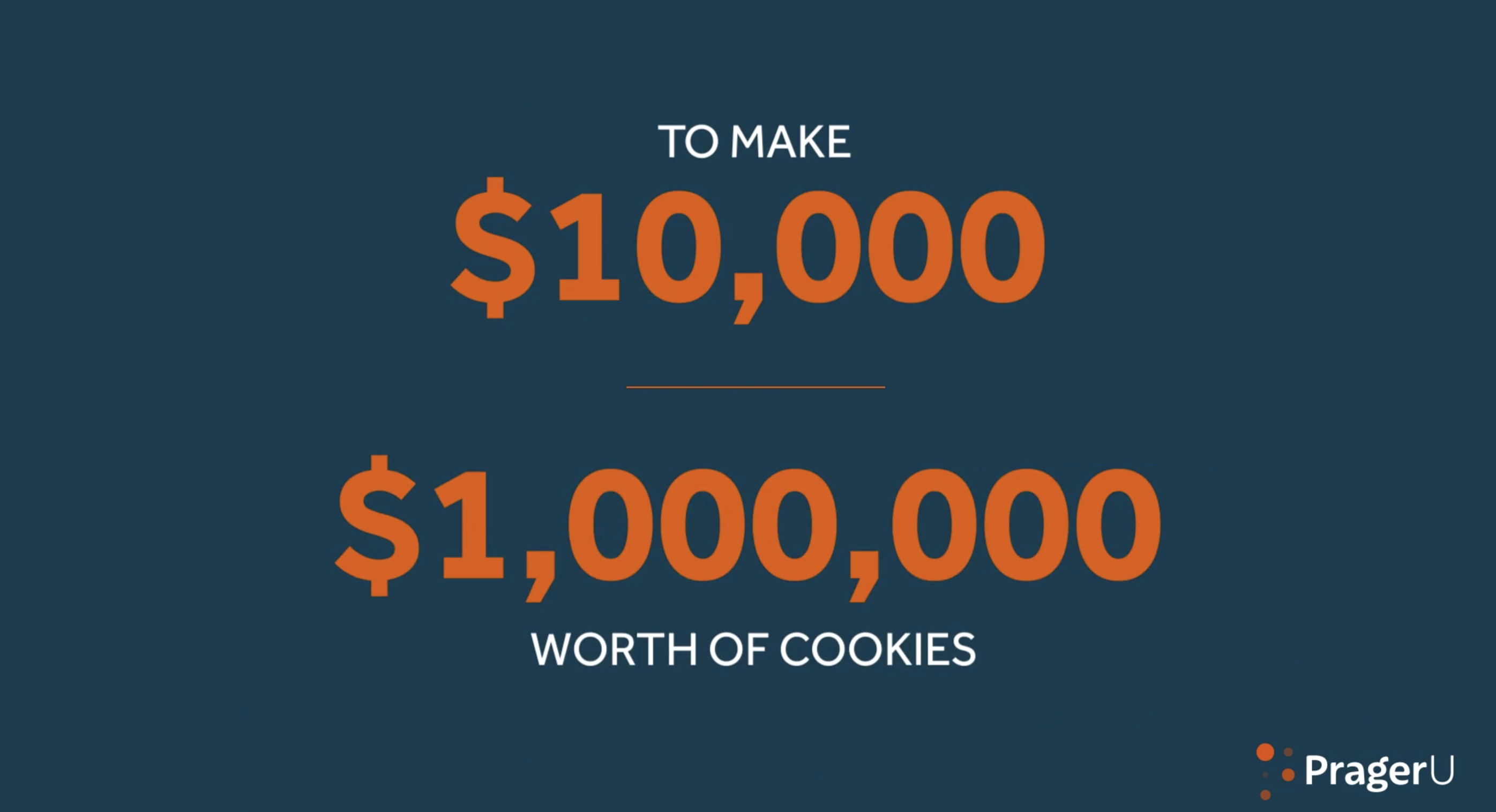 One reason for this, he explains, is pervasive regulatory red tape from federal, state, and local government agencies. Semprevivo spends close to 40 hours per week resolving compliance issues. These unnecessary regulations inhibit his ability to spend time creating new products and increasing his sales to grow his business.

“I get the roads and the bridges and the national defense,” states Semprevivo, “but I don’t get why they have to be involved in every tiny aspect of my business.” Semprevivo then says that he feels like the agencies are competing with one another to make his life more difficult.

The Food and Drug Administration and the Department of Agriculture, for example, have conflicting codes for doorways. The opposing standards forced Semprevivo to install two sets of doors — one swinging in and one swinging out of his kitchen — to avoid substantial fines. In addition, regulations for product packaging and ingredient lists later cost Semprevivo over $80,000 to resolve. $8 million of cookies had to be sold for his business to absorb the cost.

Despite the excessive regulatory obstacles to overcome to sell his product, Semprevivo still believes small businesses have incredible potential to impact the American economy. He argues, “Small businesses are responsible for 60 million jobs. We could be responsible for a lot more — if the politicians who pass these laws and the bureaucrats who enforce them would back off.”

“Common sense regulation — I’m all for it,” Semprevivo concludes. “Excessive, unnecessary, wasteful regulation? I need to get back to work.”

Joseph Semprevivo is a small business owner and a best-selling author. He is the president of Joseph’s Lite Cookies, which bakes and distributes over 12 million sugar-free cookies per day around the United States as well as other diabetic friendly products. He also co-authored the bestseller Madness, Miracles, and Millions with his father, Larry Semprevivo. Semprevivo has partnered with PragerU to expose the difference between necessary and excessive government regulations for small businesses.

PragerU, founded by Dennis Prager in 2011, is a not-for-profit organization that helps millions understand the values that shaped America and provides millions of Americans and people around the world with the intellectual ammunition they need to advocate for limited government, individual responsibility and economic freedom. Since its founding, PragerU videos have received over 2 billion lifetime views. PragerU is a resource for all who value liberty. It is a threat to all those who do not.