Dr. Jack Graham is the senior pastor of the 50,000-member Prestonwood Baptist Church in Plano, TX and the founder of PowerPoint Ministries.

[Release] Prestonwood Baptist Church’s ‘The Gift of Christmas’ Sells Out, 68,000 to See and Hear the Story of Jesus’ Birth

PLANO, Texas — This December, Prestonwood Baptist Church is bringing to life the story of Jesus’ birth through its spectacular “The Gift of Christmas.” The sold-out spectacular, considered one of the nation’s largest Christmas events in terms of scale and production quality, will be seen live by 68,000 people across 13 performances.

“The Gift of Christmas” features a nearly 1,000-member cast and choir and a 50-piece orchestra. Throughout the show, the cast dons on 1,200 costumes, as actors and singers dance and perform to an original musical score arranged for this special event. Flying drummers, angels and a Santa Claus sleigh, suspended dozens of feet in the air, delight the surprised audiences, as set designs and virtual scenery transport them to Santa’s workshop and across deserts and winter wonderlands. 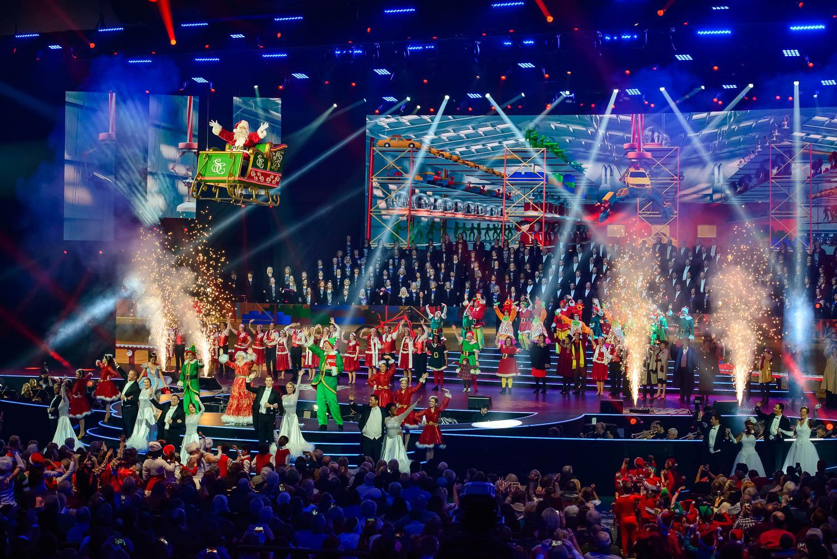 For the Nativity scene, Prestonwood arranged for live camels, sheep and a donkey to recreate the birth of Jesus, who is depicted by eight different infants. Zebras, alpaca and peacocks also emerge in and out of the stage in this masterful production.

Though brimming with details, at heart “The Gift of Christmas” tells the simple story of the birth of Jesus and the hope of salvation in him. Because of this, more than 300 volunteers work behind the scenes caring for children, greeting and ushering and helping in parking, so attendees can listen to the gospel presentation.

“For more than two decades, our church has put together a Christmas celebration with the mission of sharing the greatest story ever told, the birth of Jesus Christ,” said Jack Graham, pastor of Prestonwood Baptist Church. “Our incredible staff and volunteers make this possible, working diligently to put on a production which is on par with any professional Christmas presentation in the nation. Today tens of thousands of people come to see ‘The Gift of Christmas,’ and leave with the real hope of this Christmas season.”

“The Gift of Christmas” is held in Prestonwood Baptist Church’s Plano, Texas, campus.

Prestonwood Baptist Church, which began its journey as a 12-member church plant, celebrated its historic 40th anniversary this past November. The church’s 43,000 members gather across three campuses in Plano, Lewisville and Prosper, Texas.

Dr. Jack Graham is the pastor of Prestonwood Baptist Church, one of the largest and fastest growing churches in America. He is also a noted author, and his PowerPoint Ministries broadcasts are available in 92 countries and are heard daily in more than 740 cities. He has served as president of the Southern Baptist Convention and the honorary chairman of the 2015 National Day of Prayer.