FOREST, Va. — A month after the deadly eruption of the Fuego volcano, Vernon Brewer, World Help founder and CEO, traveled to Guatemala’s Los Lotes community to observe the destruction.

“If there’s such a thing as hell on earth, I saw it last week in Los Lotes,” he said.

Located at the base of the volcano, Los Lotes was completely destroyed by the eruption. Though most government reports cite a death toll of around 100 people, in Los Lotes alone 1,500 men, women and children — three-quarters of the village’s population — are still missing or presumed dead. Among the survivors are Orlando, Alex and Edison, three men who have worked with World Help’s humanitarian programs in Guatemala. They’re also some of Brewer’s closest friends. 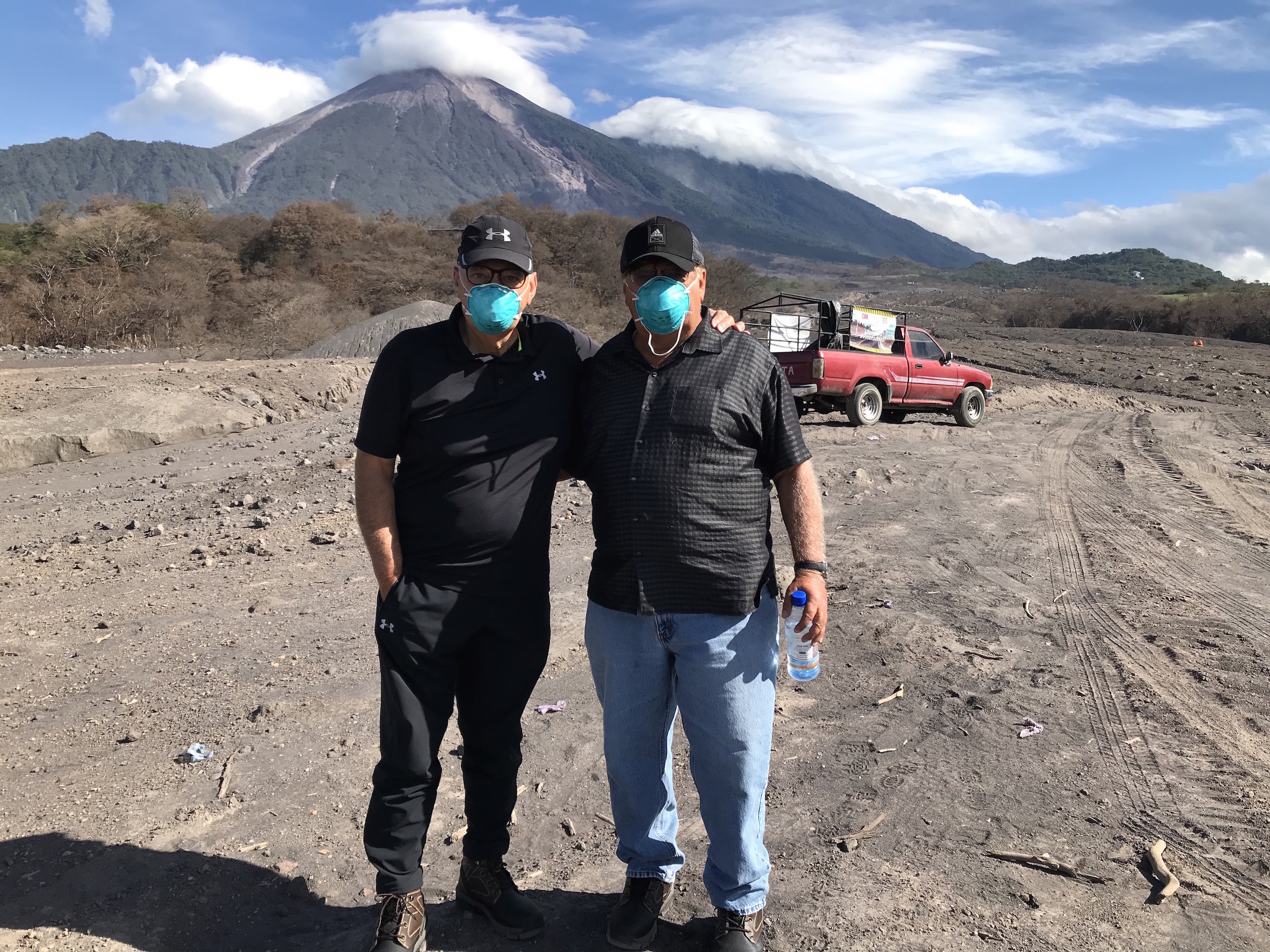 In an op-ed for FOX News, Brewer described his visit to the disaster site:

“I stood with three of my dear friends — Orlando, Alex and Edison — in their village at the base of Guatemala’s Volcán de Fuego. It was the first time I’ve been able to gain access to the site since the village was buried under 10 to 20 feet of ash, mud and water on Sunday, June 3.

“My friends’ eyes welled up as we walked across the mountains of debris, standing just feet above those who had been buried alive — including Orlando’s wife and 8-year-old son. Between my three friends, eight of their closest family members were killed.

“I don’t think I’ve ever been to a place where there is so much death and destruction in such a localized area.”

World Help partners were among the first NGO responders to help people fleeing the devastation in Los Lotes, providing them with food and emergency aid. After the disaster, the Guatemalan government allowed World Help to be one of the first organizations to enter the village and help with recovery and relief efforts.

But the journey to recovery does not end there. Hundreds of people are still without homes and other essentials. The greatest need is safe shelter. Currently, survivors are living in crowded temporary housing in a nearby village — in some instances, up to 17 people in one room.

World Help has launched a campaign to help rebuild homes for survivors in Los Lotes, including Orlando, Alex and Edison. It costs $10,000 to buy land and build a new house for a family.

“These men have helped their community, World Help and me personally so many times over the years. Now, it’s our turn to help them,” Brewer said. “We cannot return the family members and friends they have lost — but we can meet their immediate needs by giving them a place to recover and rebuild.”

To learn more about World Help’s relief efforts in Guatemala and around the world, visit www.worldhelp.net.

World Help is a Christian humanitarian organization serving the physical and spiritual needs of people in impoverished communities around the world. For 27 years, World Help has worked with partners around the world to help those in need and bring hope into hopeless situations.